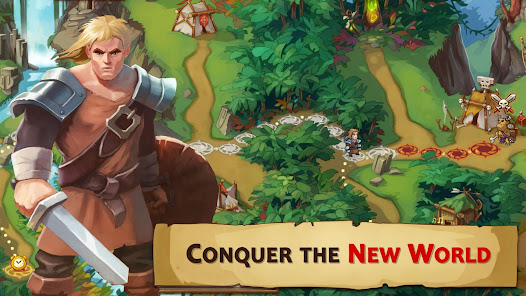 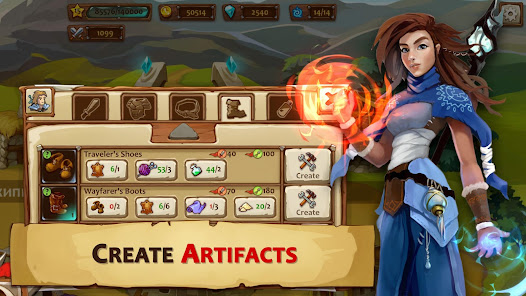 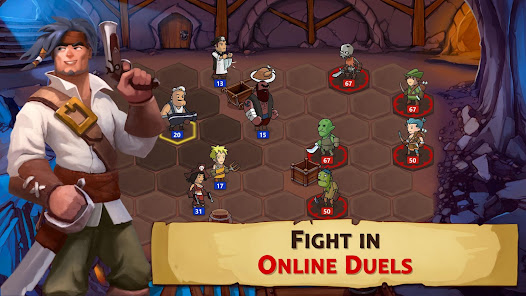 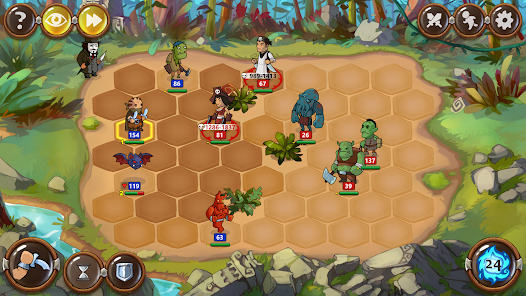 The king's scepter of the Seven Kingdoms was perfidiously stolen from the throne room. The kings have summoned the mightiest heroes of magic and offered a generous bounty to the person, who returns it. In high spirits, you set off on a dangerous quest in the search of the royal relic. Use tactics to lead legions of heroes, fight the bosses and conquer other players! As you play, your army will be joined by various kinds of allies – archers, monks, demons, beasts, knights, and many others. Your journey begins in an ancient forest; you will pass through the southern lands and over the high mountains, you will encounter orcs, ghosts and mysterious nomads. In the north you will fight with might and main in the age of Vikings wars, rush into the clash of thieves and assassins, and try to bear the palm in fights of fiends and pirates.

Key game features:
✔ Free PvE and PvP game modes
✔ Hand drawn HD game world
✔ Right from the start, you may choose between 3 heroes: a Barbarian, a Pirate, and a Sorceress.
✔ Creating and upgrading weapons and ammunition
✔ A full range of unique battles with unexpected twists
✔ An evolving Heroes Saga – lead more mighty Heroes into battle, than ever before!
✔ Dungeons with random-generated battles and worthy rewards
✔ An abundance of powerful artifacts
✔ Each hero adheres to a unique academy of pure battle magic which completely changes the course of the battle
✔ And, of course, the party’s headliners – the insidious bosses

Join the adventures in Braveland, online game played by thousands of people every day! Create and level up your hero! Immerse yourself in a world of fierce real-time battles against other players. Enjoy vivid combat graphics and enchanting music. Use your magic skills to gain your edge in the world of Braveland Battles!

Notes:
1. Braveland Heroes game is completely free; however, to make the game process more interesting for yourself, you can purchase different items.
2. Fighting Duels on the Arena requires an internet connection. You can also go on a PvE adventure in the offline mode, if that is more convenient for you!
3. For a stable game play, Android 4.0 or higher is required.

- New creature added: Ogre
- Spearmen now appear in common chests
- We’ve moved the game to a new version of Unity, making it easier to play
- Accounts can now be deleted — you’ll have a few days to think it over after submitting an application
- Other changes and improvements
Installing games and programs Installing games with a cache How to make a screenshot
Safe to Download